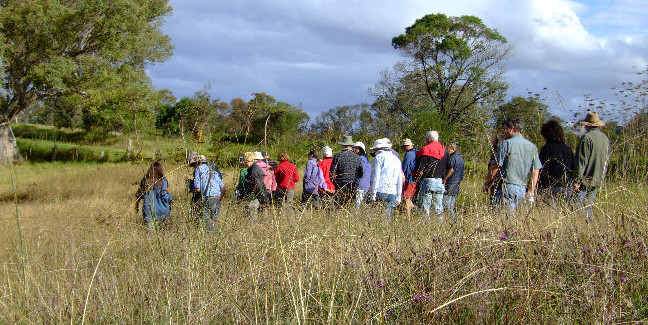 In April 2008 more than 30 people gathered in Brogo for a field day on management of native grassy woodlands.

We teamed up with Canberra based group ‘Friends of Grasslands’ (FoG) who came down to get first hand experience of more coastal grassy ecosystems. Their knowledge of grassland management and ID skills were great to have along. Anyone interested in FoG can visit their web site www.fog.org.au

Starting at Brogo we looked at how fire had been used to halt wattle regeneration from overcoming a native grassy paddock and discussed other threats such as blady grass and bracken (strangely enough both of which are native to the area). We then moved on to Springvale (just out of Bega) where we focused more on ID of grassy species.

Prior to European settlement much of the rolling hills and valleys in the region were predominantly grassy woodland. There were sparse trees and a diverse ground cover including many species of grasses and herbs.

Unfortunately much of what remains is not protected in national parks or reserve systems. Private landholders hold the majority. For this reason Lowland Grassy Woodlands (previously known as Bega or Candelo Dry Grass Forest) has been listed as an Endangered Community under the Threatened Species Conservation Act 1995.

To learn more about identifying and managing grassy woodlands, download the fact sheets and documents below. 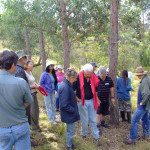 There is more down there if you actually look! 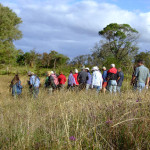 What a day for a walk in the grass 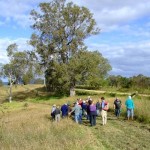 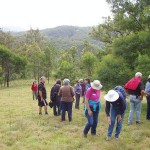 Grassy woodland with a heavier canopy 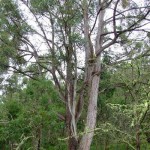 Don’t see many Stringy Barks like this any more

From our Bio Blog